The Nottingham Wildcats Community Basketball and Sports Trust is a charity with the object to provide sports and recreation activities and facilities for the east area of Nottingham City and surrounding areas.

The charity’s function is managed by a Board of Trustees that is made up of volunteers, you can meet the board here:

Chris Prior – Chairperson of the Board of Trustees 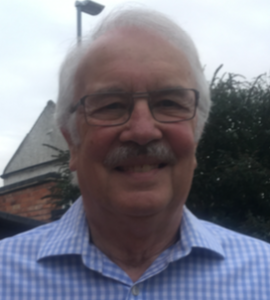 I have been the Chairperson of the Trust since its incorporation
inDecember 2000.

Before retirement in 2004, I worked for Nottingham City Council for 32 years, with my final job being the Community Manager for the Dales Ward.  My main responsibilities were the support of community groups in the Ward and the line management of play, youth and community workers.

I have been involved in Nottingham basketball since 1976, starting as the minibus driver for Nottingham Wildcats (if the truth be known to be close to one of the players, Pauline Condon, now Prior).  Since then I have had various roles within the Wildcats including coaching all the age groups, as well as the Senior Women’s team.  I had the honour to be appointed Assistant Coach to the England Senior Women’s team in 1990 and represented my country 23 times over the next 4 years; the highlight being the European Championships in Turkey.

Since hanging up my tactics board I have concentrated on the Arena, the Trust and helping the WBBL move forward.  Although as a BE Coach Tutor I still run ‘in house’ coach awards.

Steve Clarke – Secretary to the Board of Trustees

Moved to Nottingham in 1969 to start my teaching career and been here ever since!  Spent my later working years as Headteacher at Jesse Boot Primary School, then worked for Sport England for two years before becoming a consultant to Nottingham City Council for the Building Schools for the Future programme.

Have been involved with the Wildcats for over 30 years and was one of the two people who wrote the successful bid to the Lottery Fund to obtain the funding to build the Wildcats Arena.  Since the Wildcats Trust was formed in December 2000 I have been the Secretary to the Board of Trustees, a role that has been both varied and challenging. 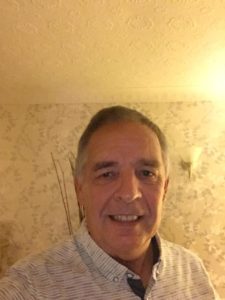 I’m Tony Fish and I’ve been involved with Wildcats for around 20 years being on the Board of Trustees for around 15 of those years.  My daughter Lucy played for wildcats over those years and was lucky enough through hard work and club support got a scholarship to America.

Over the years I have helped support the club by driving the team mini bus, knocking down walls, adding score boards, putting the spade in the ground for extensions to the arena as well as supporting all of the players over the 20 years.

Originally from Nottingham but now live in Derby, first watched the Nottingham Wildcats in 1980.

Played for Nottingham Nova when it was first formed in 1982 before starting my senior National League career in 1984, playing for Nottingham Knights.  I then moved to North Idaho College in 1986 to play before returning to the UK to play professionally for the Manchester Giants in 1989.  I moved back to the East Midlands in 1991 settling in Derby until 2000, during this time I had 3 seasons away from the BBL when I moved to Nottingham Cobras (Assistant Coach/player then Head Coach/player) and Mansfield Giants as HC/player.

After 2000 I have coached for 6 years in the BBL as Head Coach (Derby Storm and Leicester Riders) and Assistant Coach (Milton Keynes Lions) as well as being the Head Coach at Loughborough University and English University teams for 9 years.

Recently I have become a FIBA Commissioner (5 years) and FIBA Technical Delegate (2 years) working in all of the FIBA competitions including Youth Summer Tournament’s, Club competitions and World Cup Qualifiers as well as being the BBL Officials Supervisor, helping deliver education to our referee’s across the Country (plus nominating them to the BBL and WBBL games).

Through all of this I have always held the Nottingham Wildcats close at heart and have tried to support the Club wherever it has been possible. My agreement to become a Trust member, which I feel honoured to have been asked, will allow me to protect and help shape the future of the Club.